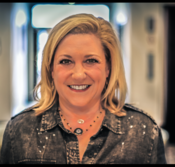 David Riley, Director
David is an attorney at Bradley, Freed & Grumley, P.S.C., where he primarily practices in the area of civil defense litigation. He’s a native of western Kentucky and became involved in the Foundation in 2019 after getting to know several officers participating in Leadership Paducah.

Brandon Barnhill, Vice Chairman
​​Brandon Barnhill retired as the Chief of Police of the Paducah Police Department, effective January 1, 2019, with over 5 years in the position and nearly 24 years in law enforcement.  Brandon now serves as a Senior Security Specialist with Strategic Management Solutions,  Inc., a contractor to the Department of Energy and joined the Foundation in 2019.

Tyler Kennady, Treasurer
Tyler is a CPA at Williams, Williams & Lentz and was born in Paducah.  Tyler lives here with his wife, Kelsey, and their daughter, Hattie.  Tyler joined the Foundation in 2019 after becoming familiar with the mission through a former board member.

Erica Harrison, Secretary
Erica Harrison is a Director at Nielsen, a global information, data and measurement company.  A Louisville native, Erica attended the University of Kentucky, lived in multiple cities after college and moved to Paducah in 2015 upon marrying local resident, Blake Harrison.  Erica joined the Police Foundation Board in 2017 and served two terms as President.

Shannon Livingston
Shannon Livingston is the Executive Director at The Lakes of Paducah Assisted Living Community.  Shannon is a Paducah native, attended Transylvania University and joined the Police Foundation Board in 2017.  She is also an active member on the Oscar Cross Executive Board as well as The Leadership Paducah Foundation.

Tony Milliano, Director
Tony Milliano is a Doctor of Audiology and owner of Audiology & Hearing Center with offices in Paducah and Murray. He has been practicing in Western Kentucky in 1991. He has held numerous volunteer and other service organization positions including Red Cross of Graves County, Charles L. Shedd Academy and St. Mary School System where he served as Chair for four years. He was drawn to the Police Foundation of Paducah-McCracken County due to the divide between the citizens and law enforcement in Ferguson, MO very close to where he grew up in St. Louis. Dr. Milliano and his wife, Lucy have three children. Tony joined the Police Foundation Board in 2018.

Pendrod Cappock, Director
Penrod is a Paducah native and manages several properties in our community.  He is an active member of several boards and joined the Police Foundation in 2019 after helping with several former fundraisers.

Patrice is the Editor of Posh Magazine and a Senior Marking Consultant with Paxton Media Group. She has also worked with the Paducah Area Chamber of Commerce as a consultant for events, and The Carson Center as their first sales person in the Booking and Rental department, facilitating events such as the Wine Tasting and Auction and the Vintner’s Dinner.  She currently volunteers on the Chamber Golf Tournament and is the founder of the “Wine & Nine for Type 1 Diabetes” golf tournament in honor of her daughter, Sophia.  Patrice was introduced to the Police Foundation by a friend. She was so impressed with the work being done that when asked to join the board, she considered it a true honor.  In her free time, Patrice likes to travel, play golf, and spend time on the lake.